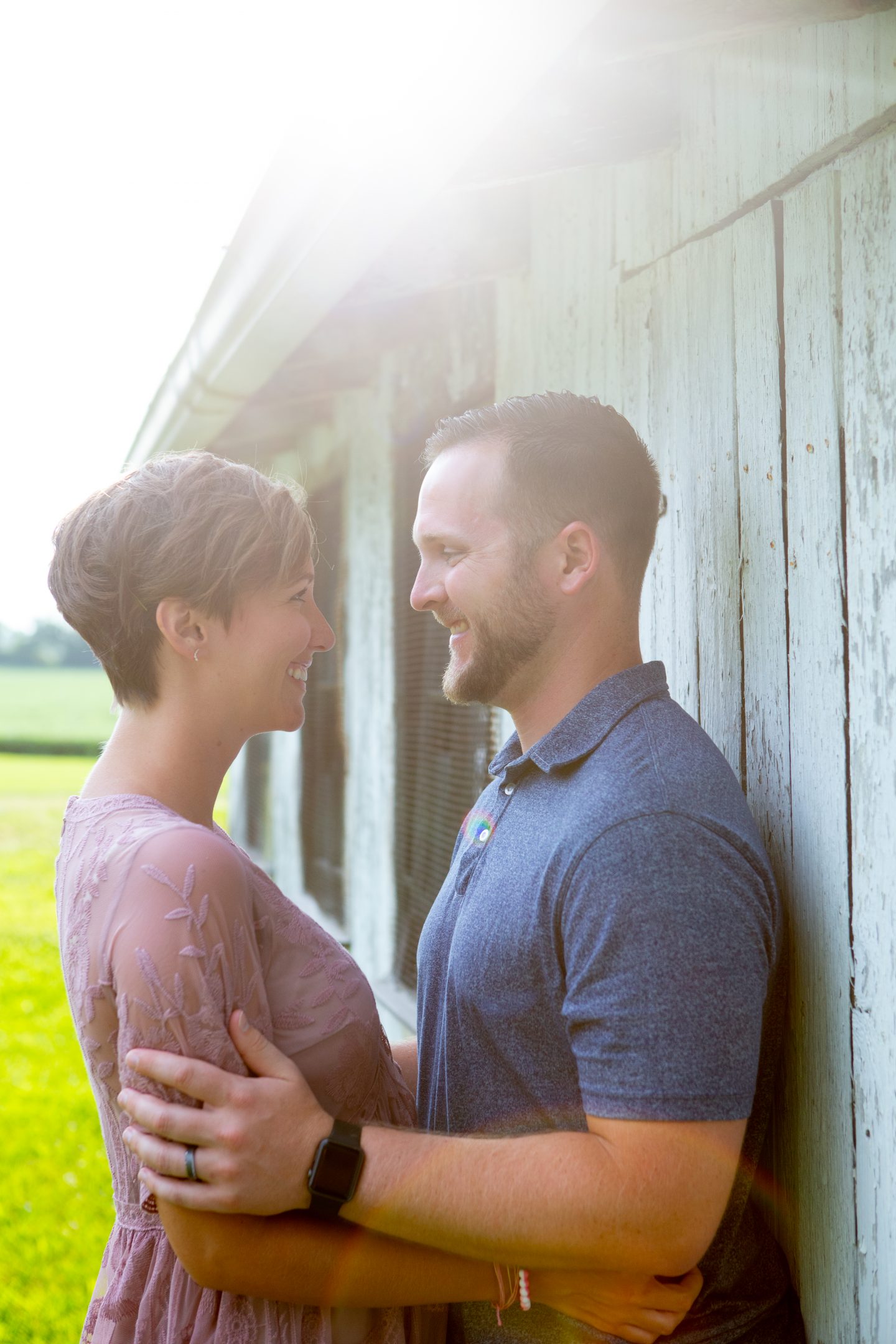 Has life ever just slapped you across the face and woke you up to a fear filled reality that you never imagined could happen to you? Brittany has.

Brittany married her best friend and like many other couples, they dreamt of the future. They imagined where they would live, where they would work, what they would do for fun, the children that their love would produce…all of it. They were young and happy and free. They loved Jesus and knew that He had a future for them that was beyond their wildest dreams.

Then one day everything changed. With one word their vision of the future came crashing to the floor around them.

Brittany was diagnosed with breast cancer.

What? How? No way! Not possible! Is this real life? Not me? Not us? What? Why? I can’t believe this.

At 28 years old, her once gleamingly bright future began to look dark and disintegrated. Brittany went through the range of spiraling and chaotic emotions, as anyone would. The days between diagnosis and the treatment plan appointment were some of her darkest days. The anger, fear, and overwhelm became consuming. At work, she would see patients come in pregnant and completely unfit. Her heart ached for these babies and rage began to fill her mind. She couldn’t understand how this was happening to her. The doctors warned her that she may never have children and even if she is able to, it would be 5-10 years before she could even begin trying. Why could these women get pregnant but she was now preparing for the fight of her life?

When life slaps you across the face, the red hot sting will linger on your every emotion.

Brittany loves Jesus and knew that the anger would go away. The fear would subside. But during those days immediately following diagnosis, she was angry. Rightfully so.

After the shock wore off and the fog of anger began to lift, she could finally see things clearly again. Though still horrifically effected by this news, she was determined to have faith that He had a plan, even though she definitely didn’t understand and absolutely wished it was a different plan. She began to notice changes in her body. She assumed the cancer was making her feel this way. Then she got a nudge to take a pregnancy test. Yes. A pregnancy test. She knew her period was late but…cancer, right?! Who knew what was going on in her body.

The 90 second wait for the results of the at home test were nail biting. Could this be? Is there a glimmer of hope in this situation?

The results were clear. He DID have a plan that was beyond her wildest dreams.

Now, her only job was to trust in it. This dramatically changed her treatment plan to allow her to safely carry this tiny miracle. The duration of her pregnancy was filled with 3 surgeries, leaving her without her left breast and 4 rounds of chemo leaving her without her hair. I’m sure there were days wherein she questioned everything. I’m sure there were days where she didn’t want to go on this way; where she just wanted a “normal” life and a “normal pregnancy”. But to speak with her, you’d never know it. Brittany consistently abided in His plan for her life, despite any of her own emotions about it.

Sweet baby Taylor was born in November, not long before Thanksgiving. The most incredible miracle entered this world in a month already consumed with thankfulness and she made it that much sweeter. She is healthy, happy, and growing like a weed! She is a living, breathing miracle.

She is an overcomer.

She is a woman who looked her fears in the face and knew, down in the pit of her soul, that her God was bigger than her fear.

She is a WARRIOR.